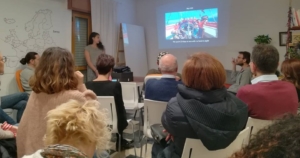 The words from Jacques Cousteau have inspired the work of this young nature lover, who in 2016 has sailed for 23 days from Los Angeles to the Hawaii, together with a team of danish scientists. The danish NGO  Plastic Change wanted to have a first-hand look to the “garbage patch”, which was previously considered a floating island of bottles, containers and everything that has been made in plastic from the ’50s until now. 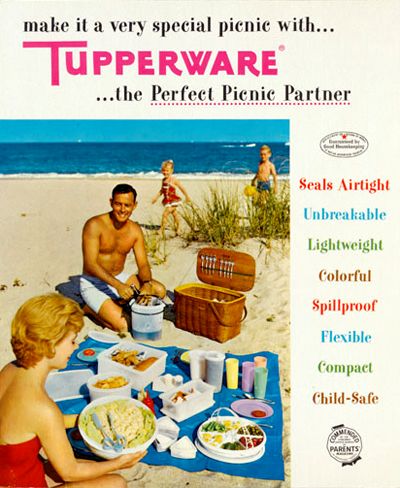 Yes, you read it right. For the success of plastic lies mostly in its lightness and “eternity”. From the second half of the last century, plastic has been replacing the “less durable” paper and glass in our daily activities. The advertisings made it sound revolutionary in making life much easier and colourful for the good housewives.

Most of all, plastic was considered a symbol for fashion and design, and finally it became a permanent component of every modern homestead. But so easy it entered our houses, so fast it spread all over the ecosystems, to the point that we are now seeing 40 years-old bottles emerging from the bed of rivers and on our shores.

And what did our friends discover in the depth of the Pacific?

That the situation is so much worst than expected.

We are not talking about a floating mass of large pieces than can be easily collected from the waters. We are dealing  with an entangled system of micro-fragments that are so small to look like plancton, and thus easily being eaten by sea creatures.

<<Although the garbage patch is typically portrayed as “a floating island of plastic trash the size of Texas,” in actuality it only contains the occasional large piece of trash or fishing gear, and is mostly a large soup of microscopic plastic bits, many of which are too small to see with the naked eye. That is because plastic breaks up over time, but never fully breaks down.>> wrote Erica on Scientific American

The inevitable and horrendous consequence, is that this tiny little pieces have scaled up the entire food chain, and we are eating them too anytime we serve fish, algae or put seasalt on our plates.

The plastic contamination is now so widely spread, that plastic particles have been found all over the globe, from the depth of the abyss, to the coldest ices of the artics.

The tragedy doesn’t end up here. Recent studies discovered how the fragments are now reducing so much in their size, to be able to enter the blood stream, and be carried up to the brain of sea creatures, thus altering their behaviour. We are talking basically about the creation of true “plastic zombies”.

So where does all this plastic come from? Are there fellons who spend their days throwing plastic bags in the middle of the ocean? Are the fishermen so mischievous to find it funny to pollute the sea?

Unfortunately no. Or better, the responsibility is on everyone, us included. 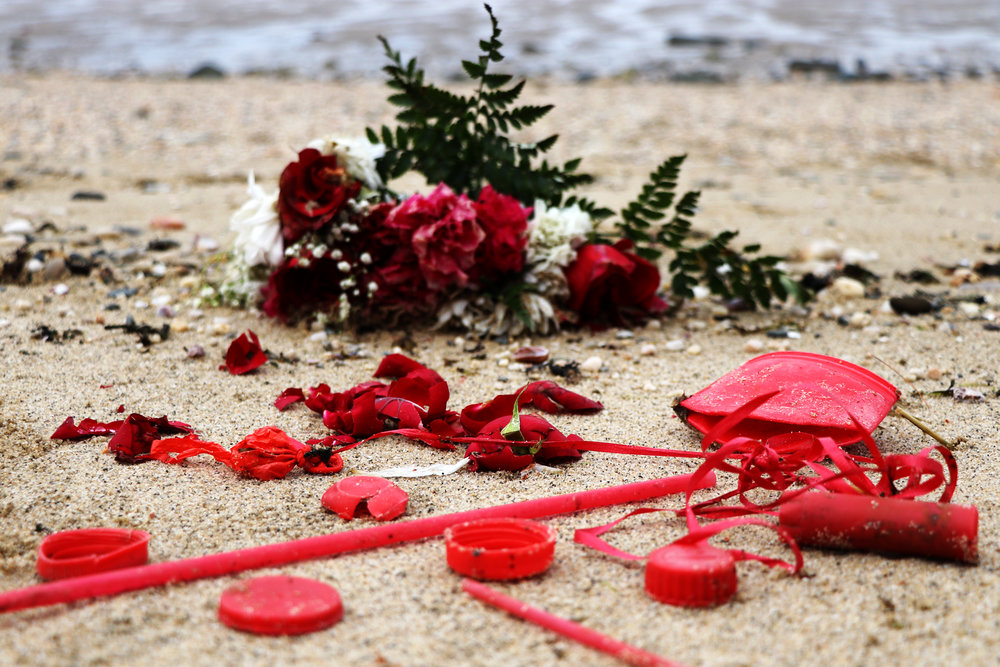 Fishing gear is just a part of all the plastic materials that can be found in the sea.

Erica tells us how a huge amount of the plastic fragments, actually belong to domestic thrash: containers, packaging, films, disposables which too carelessly we throw away, and eventually end up in the sea. A plastic bag romantically blowing in the wind, a bottle left to please fairies in the woods, or even just a load of synthetic fabrics in the washing machine, whose minuscle particles are washed away in the sewage system.

In a few words, a universal disaster doomed to get worst.

Unless we all start taking action.

By reducing or completely abolishing plastics in our daily life. 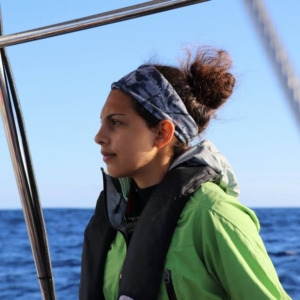 Like always bringing with us fabric shoppers or reusable bags, shopping with multi-purpose reusable containers to put our loosen food in, and refusing to buy packaging (which is actually an unneeded cost added to our bill).

There are no fixed rules to follow: a sparkle of common sense should be enough. If we all were a little more aware of the impact of our actions on the Planet,  we could start doing small miracles in our daily life, thus moving forward towards the safety of our ecosystems.

The world is not endless, and most of all, it is not compartmentalized. As we use to say in Italy: “If you spit in the air, it falls back on your head”. It is time to look at the horizon to which we are sailing, not to risk to be inevitably cast away onto uninhabitable shores, or suffocated by our own hands.

Thank you Erica, and thanks to Casa Netural Coliving, for such an inspiring evening!

If you want to help Erica keeping up with the great work of disclosing the thruth about plastic pollution, support her in her next expedition!